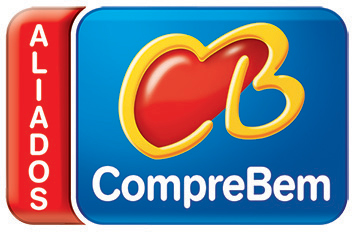 Named ‘Aliados CompreBem’, the initiative primarily aims to offer retail intelligence, know-how of a large company and a credible brand to help streamline the business of small retailers and provide customers with a wider array of choices.

São Paulo, July 2016 – GPA announces its new business model for neighborhood stores. With Aliados CompreBem, the company will work with small and midsized retailers located deep inside the neighborhoods and who do not want to abdicate their brand but leverage it by partnering with Brazil’s largest retail company. The initiative is open to everyone – from small businesses to even companies (such as convenience stores and associations).

This low-cost project will enable GPA to optimize its logistics network and increase operational efficiency. The main benefits for retail partners include access to a highly credible brand (CompreBem), the possibility of selling two of GPA’s private label brands (Pra Valer and Qualitá), advice on organization and inventory control, and know-how for the business, thereby improving the service offered to their customers. “The Aliados CompreBem project is a pioneering initiative in Brazil’s large retail segment and is one of GPA’s big bets this year. The company is optimistic and plans to bring 100 stores under this model by the end of 2016,” explained Luis Moreno, CEO of Multivarejo, GPA’s food division. “According to the project, GPA’s expertise will help retail partners to offer the best buying experience for their customers and ensure greater choice among the options in the region,” he concluded.

To participate in Aliados CompreBem, retailers must be independent operators. Joining the project is free. Partners are only required to maintain the frequency and volume of purchases through the GPA operation, and to pay on time. GPA will bear the costs of standardizing the frontage and will offer the knowledge of its experts to increase and improve the profitability of the partner’s business, and will reward committed partners (Aliado). “Contrary to a franchise model, Aliados CompreBem does not require any investment from the independent retailer or any royalty payments. The partners will sign a collaboration agreement with GPA, which will help the company to increase its presence in such a highly fragmented market as the retail sector in Brazil,” said Marcelo Bazzali, Executive Officer at GPA.

The initiative is the result of a series of actions to promote synergy among the Casino Group businesses in Latin America. Aliados CompreBem was inspired by a similar project implemented by the Colombian Grupo Èxito, also a Casino subsidiary, which currently has over 1,200 stores operating in this format. In this process, GPA teams worked together with the Colombian team to bring the model to Brazil, which has been operating as a pilot project since last year. Currently 46 stores are already operating under the Aliados CompreBem model.

“One of the advantages of integrating a global retail group is the possibility of exchanging success stories among different countries. The Aliados project is one good example. Our goal is to identity promising opportunities and adapt them to the Brazilian market, while respecting the unique characteristics of our business and the country,” explained Moreno. In addition to importing Aliados into Brazil, as part of the synergy actions, Colombia received this year, its first cash & carry store, inspired by the model designed by Assaí Atacadista in Brazil.

The Aliados CompreBem project is part of GPA‘s Proximity business unit that also includes the Minimercado Extra and Minuto Pão de Açúcar chains, which provides the company with all the knowhow and technical expertise to operate in the neighborhood store models. The company’s goal is to take advantage of the existing logistics structure – the Proximity banners have their own distribution center in the city of São Paulo – to supply to Aliados CompreBem.

The CompreBem brand
GPA consulted the Aliados partners participating in the pilot project and, among other findings, identified their wish to use a traditional brand recognized in the market. Within its portfolio of brands, GPA decided to recuperate CompreBem, a retail chain it acquired in 2002.

“First we believed we could recover the affective memory of the CompreBem brand, based on its successful past. We conducted a survey and discovered that people still identify themselves with the brand and admire it, especially when it comes to competitive prices,” said Bazzali. The vast majority of the respondents said they would shop again at the chain’s stores and highlighted the convenience of a neighborhood store, the family atmosphere and proximity among its strengths.

About GPA
GPA, a Casino Group company, is Brazil’s largest retailer with more than 2,000 stores nationwide: 20 states and the Federal District, operating in both brick and mortar and e-commerce segments. The group is the country’s largest private employer in its sector, with over 137,000 employees. With the strategy of focusing its decisions on customers and better serving them based on their consumer profile throughout the shopping experience, GPA has adopted a multi-format, multi-channel and multi-region platform. Its business units include some of the most recognized brands and chains in the food and non-food retail segments: Multivarejo (Extra, Minimercado Extra, Pão de Açúcar and Minuto Pão de Açúcar), Assaí Atacadista, Via Varejo (Casas Bahia and Pontofrio), Cnova (e-commerce) and GPA Malls (management of GPA real estate assets, management and expansion of commercial centers). GPA has been listed in the São Paulo Stock Exchange (Bovespa) since 1995 and in the New York Stock Exchange (NYSE) since May 1997.