The executive officer evaluates the most important achievements in 2012, a year of impressive growth for Grupo Pão de Açúcar, and the greatest challenges for the coming months, including the goal to maintain the Group‘s healthy results.

These were three intense years during which my team and I faced great challenges, always focusing on working hard. This determination and discipline brought significant achievements. During this period, we focused primarily on the Group’s professionalism and growth, and the positive results show that we are on the right track. In terms of personnel management, we improved the high-performance cycle by focusing on meritocracy, establishing clear roles and responsibilities and expanding the benefits offered to employees. Another important step was reinforcing sustainability as one of the company’s strategic pillars, defining policies and guidelines for the area in connection with the whole Group.

2. Main challenges in the period.

While carrying on with our expansion plans, we faced major challenges which brought great learning. Being a multibusiness company requires a management and operational model that preserves the uniqueness of each business format and, at the same time, makes it possible to add value through synergies that arise from being part of a large group. This strategy requires constantly monitoring and evaluating the consolidation of the model, always looking into the smaller and the bigger picture in an integrated manner. Another great challenge, which I prefer to refer to as an opportunity, was the ascension of the C income group, a fact that made us rethink our sales formats and channels. In addition to the changes to the country’s social distribution, which resulted in an increase in the population’s purchasing power, the market has seen a transformation in the profile of Brazilian consumers, particularly of those from the B and C income groups. One of the phenomena that attracted attention especially in the last two years was the increased consumption of products with higher added value – those that are not considered staples. Consumers are beginning to buy products that best suit their needs, increasing sales of items that are more practical, such as frozen food, readymade meals, rotisserie and other perishable goods, in addition to health and beauty products. We are currently living in a more complex society, where families are smaller and more people live alone. The use of social networks has been growing rapidly; consumers are more engaged and concerned about their future, and the future of their families and the planet. They demand more, wait less and are less loyal to brands. All these changes are redefining the way we relate to our customers in our various business formats. We need to carefully look at the minority segments. We are investing in multiple channels, formats and product assortment. We will have to adapt to the convergence of media: mobility and portability and we will further strengthen our relationship programs. 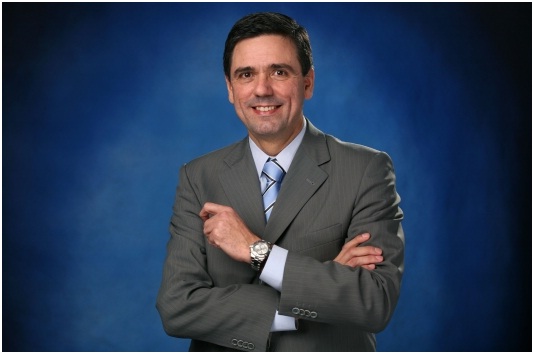 3. And what about the achievements?

The achievements were, indeed, very significant because they result from this new management model and the work of a great team. The challenges of our multibusiness operations were followed by many achievements, among which are the repositioning of Assaí, the restructuring of Minimercado Extra, the end of the conversion of the CompreBem and Sendas stores into Extra Supermercado and the consolidation of Ponto Frio and Casas Bahia, all of which in the last three years. The growth of Nova Pontocom and the strong investment in the expansion of the entire Group can also be considered milestones. Since 2010, we opened more than 140 stores in all formats and the company‘s net income has been growing steadily and consistently. These results were only possible thanks to our high-quality and outstanding performance team. The great achievement of the period was the opportunity to be ahead of a team now totaling 160,000 employees, all focused on their responsibilities and aware of their role. We have reinforced the principles of meritocracy so that the entire team remains engaged and motivated. We have been continuously investing in having the right people in the right positions so that the group continues to grow, being recognized by the high quality of its services. In order to gather a competent and committed team like ours, a company needs to focus on people and find the balance between well-being and professional satisfaction, always pursuing quality of life for all its employees. There is a good reason for investing in our comprehensive employee benefit program: in a company with the size of the GPA and the diversity of business formats, this is critical; Our employee benefit program is, without any doubt, a great achievement.

Until our last balance sheet, published in September, GPA’s revenue totaled R$40.8 billion, a year-on-year increase of approximately 9%. In the first nine months, GPA’s net income already totaled R$617 million, up 90% on 9M11. It is worth noting that we ended the year investing heavily in network expansion, with the opening of approximately 80 stores, highlighting the Minimercado Extra format, with more than 100 units and the creation of more than 10,000 jobs.

We developed a very aggressive expansion plan for all our formats and we plan to open 500 stores in the next three years, creating approximately 30,000 jobs and entering new markets. In 2013, we will be focusing on expanding our wholesale formats, by strengthening the Assaí brand, and on proximity, via the Mini Mercado Extra stores, speeding up inaugurations under these formats, and also working on the organic expansion of all formats.